IK Osakioduwa has narrated a troubling encounter he witnessed today in the hands of policemen in Lagos.

The media personality said the police officers were breaking traffic rules by driving against traffic on Admiralty, towards the roundabout. In the process, they hit someone's car then came down to harass the innocent man even though they were wrong.

IK said he intervened to let them know that they were wrong but they turned on him and began to harass him and hit his car, not minding that his children were in it.

He is now calling on the Nigerian police to check their officers so as to bring an end to police brutality in Nigeria. 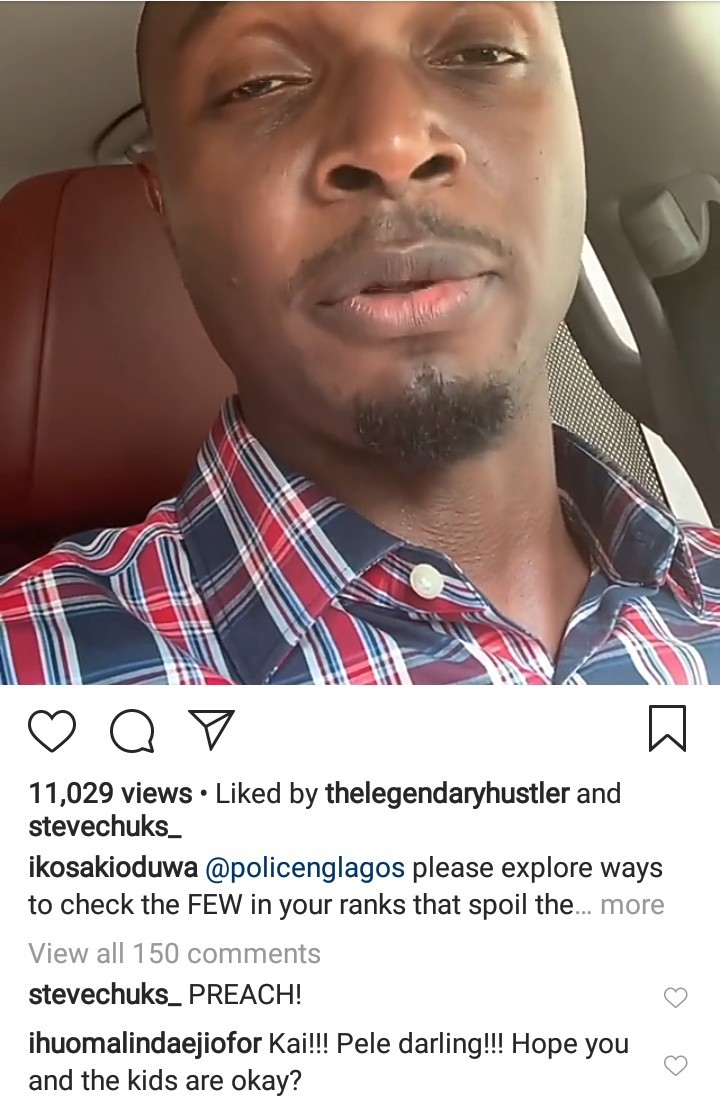 More in this category: « Nigerian women prevented two million unwanted pregnancies in 2018 through the use of contraceptives - ICFP Kidnapped girl, 12, found wandering on street in Kwara; narrates how she got there »