Lady Gaga says she won't be working with R.Kelly again

Lady Gaga opens up about R.Kelly

American singer, Lady Gaga has offered a public apology for collaborating with R. Kelly who is currently facing a series of sexual allegations.

The 32-year-old singer made the announcement in a statement she posted on Twitter following the recent Lifetime documentary series that chronicles allegations of abuse, predatory behavior, and pedophilia against singer R.Kelly.

Read her full statement below. 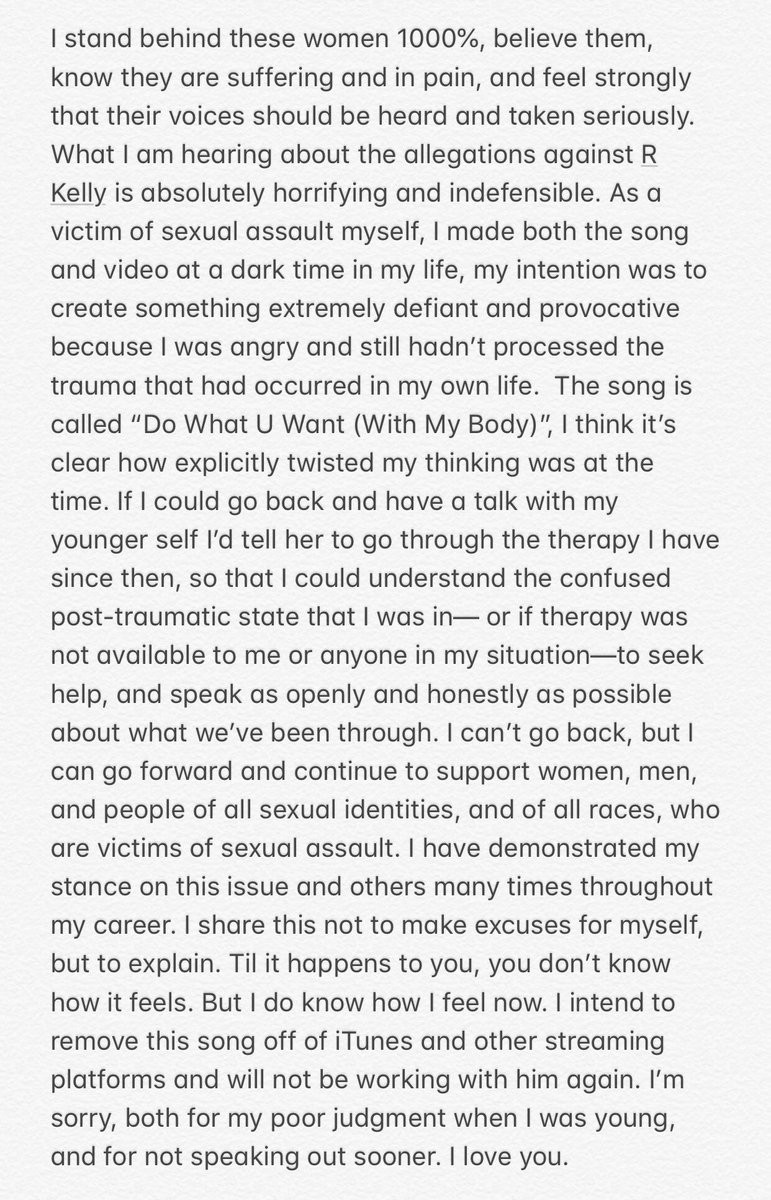