11 new deaths have been confirmed by the Nigeria Centre for Disease Control (NCDC) in the recent Lassa fever outbreak ravaging most states in the country.

The development brings the total number of death recorded to 132. In its report for week 9, NCDC revealed that out of a total of 421 suspected cases, 85 were confirmed and 11 deaths reported from 30 local governments in nine states. 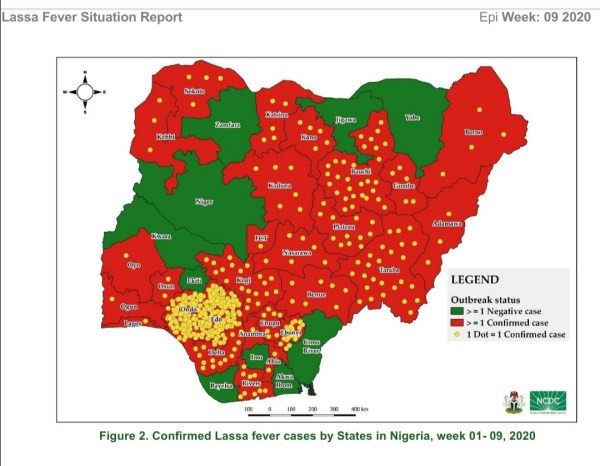 The affected states are Edo, Ondo, Ebonyi, Bauchi, Plateau, Benue, Kogi, Taraba and Kebbi. From week one to nine, a total of 3054 suspected cases, 775 confirmed cases, nine probable and 132 deaths have so far been reported from 118 local governments in 27 states.

More in this category: « BOUNTY!!!! US Department of State offers $7m reward to anyone with information that will lead to Boko Haram leader, Abubakar Shekau's arrest Man Who Sexualized Daddy Freeze’s 5-year-old Son Arrested »