Spanish club, Sevilla, today Tuesday September 1, announced that they have re-signed Croatian midfielder, Ivan Rakitic, from Barcelona for an initial fee of €1.5 million.
The final transfer could end up costing Sevilla a total of €10 million.

Posting on their website, Sevilla confirmed that they've reached an agreement with Barca on Tuesday which will see the 32-year-old go back to Ramon Sanchez-Pizjuan Stadium . 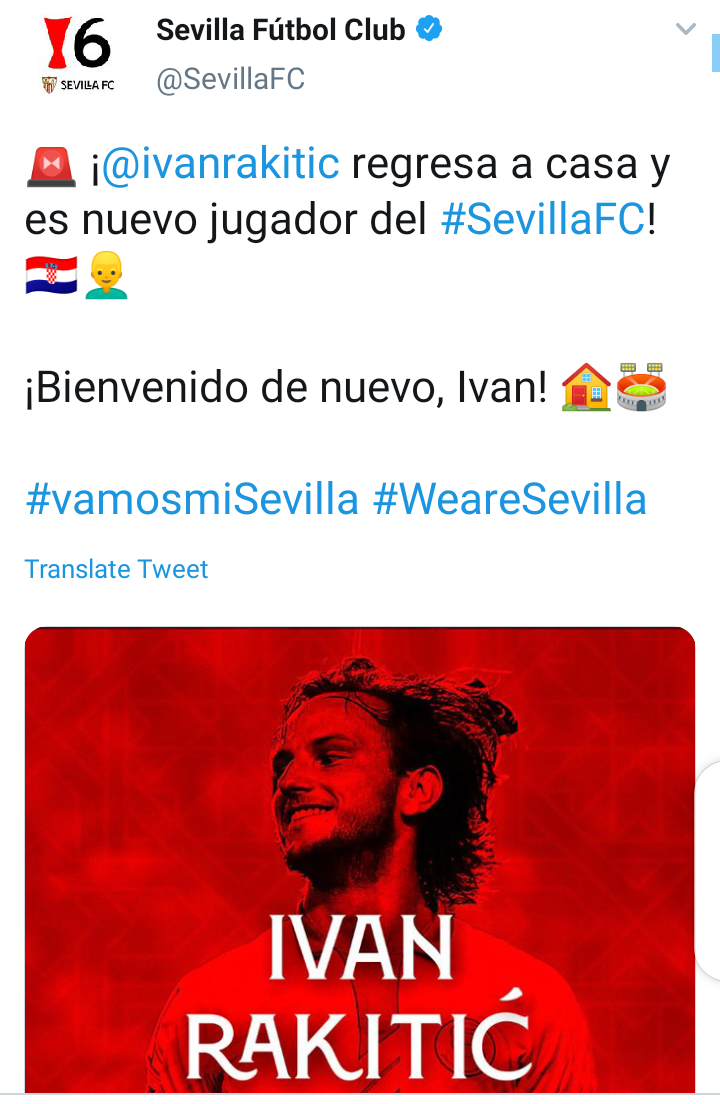 Barca have released an official statement on their website confirming the 32-year-old's departure, which reads: "FC Barcelona publicly expresses its gratitude to Rakitic for his commitment and dedication and wishes him good luck and success in the future.

"Versatile, hard-working and with a good vision of the game, he ends his career as a Barca player with 310 games, in which he has made 40 assists and 36 goals.

"This Wednesday, September 2, starting at 11 am, the farewell ceremony and subsequent telematic press conference of the player will take place."