Kemi Lala Akindoju has reacted to the viral video where two men said that the way a 5-year-old girl is dressed could lead to rape.

Reacting to the video on Twitter Watch Here, the actress wrote:

They should start showing themselves! These men think a child in shorts is revealing her body sexually. This is just a sneak peek into the minds of the average Nigerian man. Yet we want Yaba male traders to stop harassing women. We have so much work to do! Sad!!! 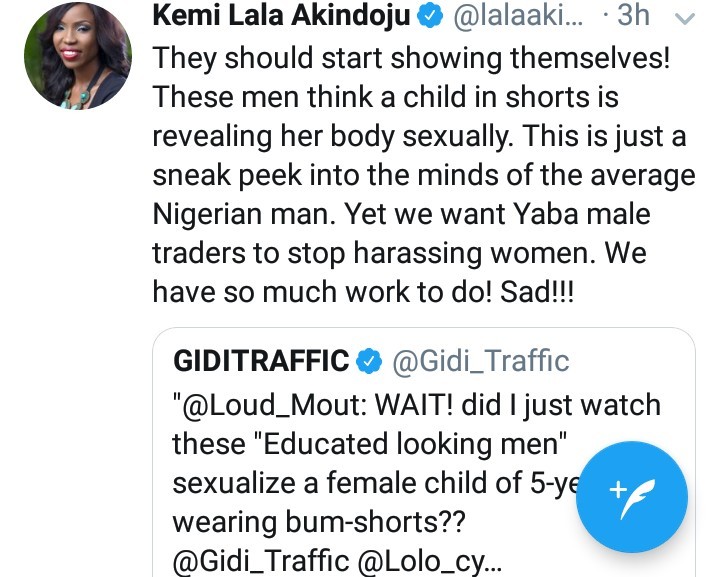 I know some of us struggle with the term feminism but this is why we all need to be feminists. We are not fighting for equal rights yet. The girl child/woman is not on the same level as her male counterparts. Nobody’s fusses on boys ‘dressing properly’ or ‘sitting properly. 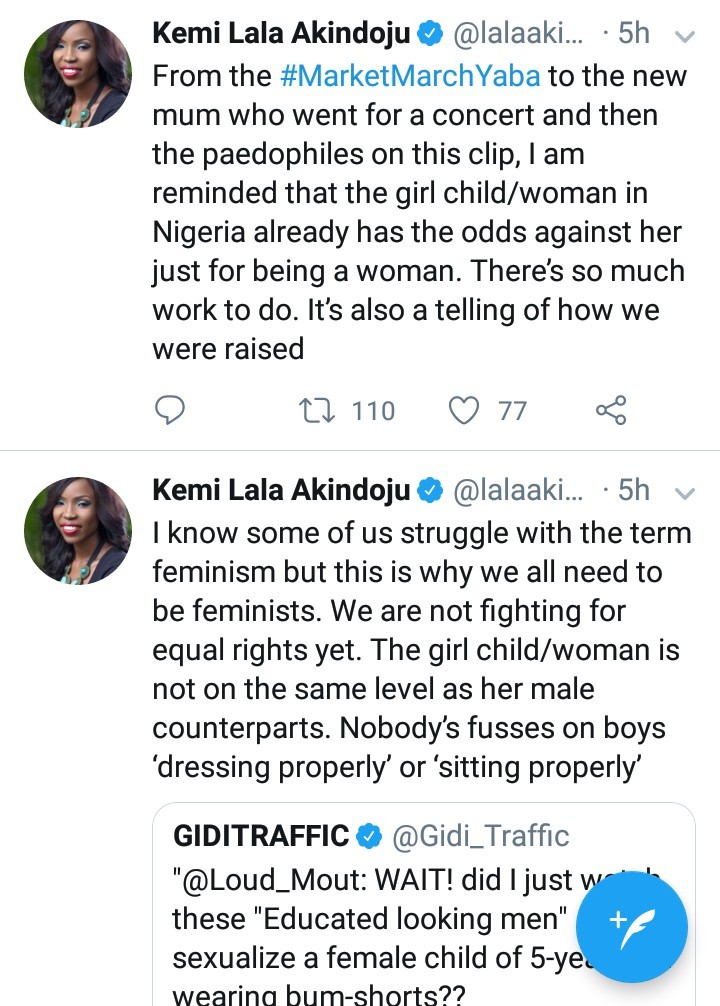 She went on to reveal that boys get abused too but no one blames it on what they are wearing.

Boys are also being abused by MEN & WOMEN (even though statistics say the men are still more). But does anyone accuse the boys of dressing indecently and being the cause for the rape/abuse? Can we see that the odds are already against the girl child? 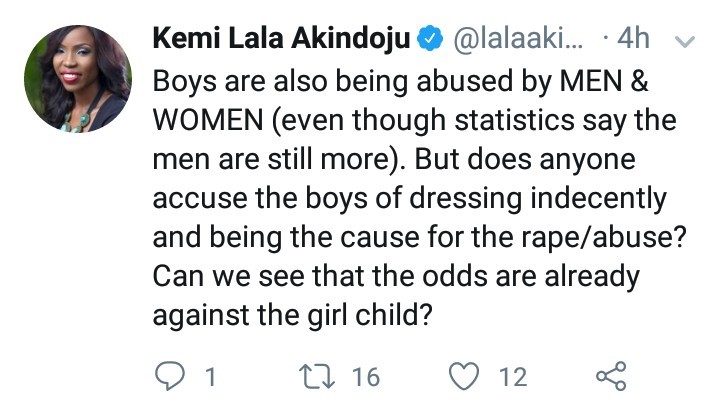 More in this category: « Comedian & Actress Etinosa Idemudia wants her Ex-Husband to Stop Threatening Her Photos: Davido and Sophia Momodu attend their daughter's school end of year party in Lagos »