Some of your favourite celebrities in 2018 didn’t only make the headlines for all the right reasons but indeed had a career fulfilling year.

These guys were on the lips of everyone. The biggest celebrities in 2018 were picked based on their career success and social media presence. 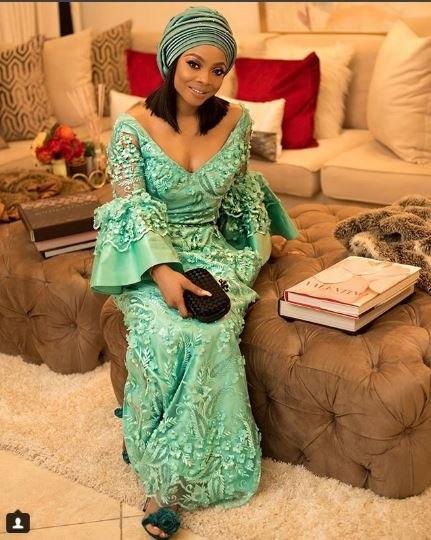 Toke Makinwa had an amazing 2018 as she didn't just start one line of business but three. She launched her luxury bag line 'TM' and in few months launched her makeup line 'Glow With TM,' and a skincare product collection.

The media personality who turned 34 in 2018 didn't stop showing off her fashionista side as she got everyone talking when she released some sexy photos on her birthday. In the same year, revealed in 2018 that she had undergone several surgeries to get rid of fibroid.

Toke Makinwa was a guest at CNN's 'Africa Voices' where she talked about her brand and career. She also made the African Youths Awards 100 most influential African youths. Just so we don't forget, she co-hosted 2018's edition of the Most Beautiful Girl In Nigeria. 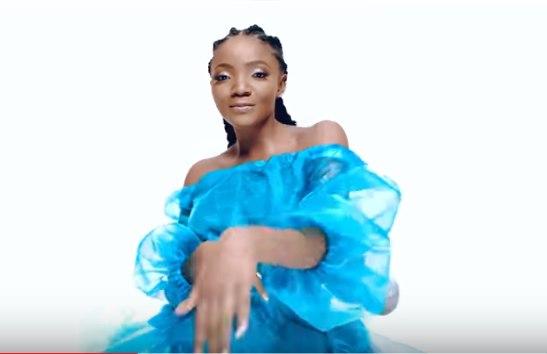 2018 was one of the biggest years for Simi as she excelled more than we actually envisaged. Since her emergence in the spotlight, Simi has refused to slow down as her career has continued to blossom. She kicked off the year as one of the biggest winners at The Headies Award. The soul singer took home three awards (Album of The Year, Best RnB and Best recording).

In 2018, Simi had her very concert in the UK at the O2 Academy, Islington Arena which was unsurprisingly sold out. Simi broke another record in 2018 as she was the first artist to hit 1M streams on Boom play. She released a number hit singles during the year including 'Aimasiko' and 'I Dun Care.'

was going to be starring in Kunle Afolayan's movie 'Mokalik.' Celebrities are no newcomers to rumours as Simi sparked off engagement rumours following a photo which went viral. 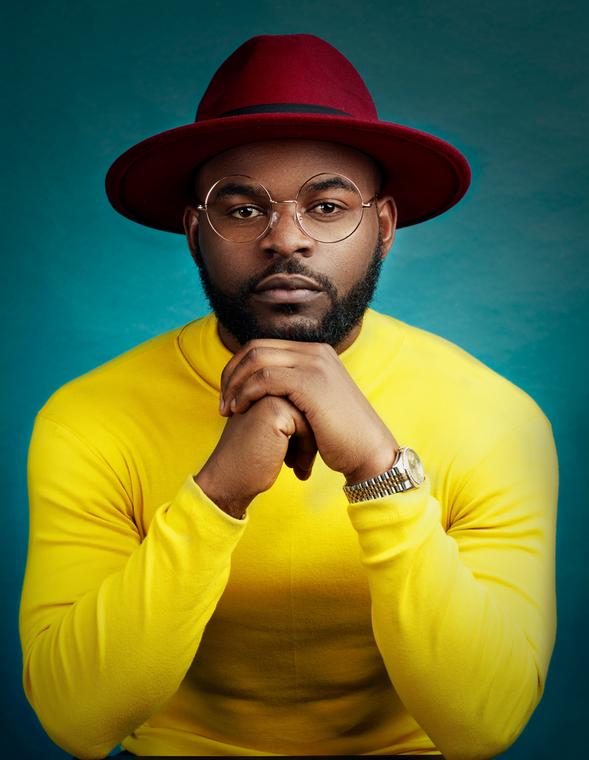 The seventh biggest celebrity this year is your favourite rapper and sometimes actor, Falz The Badt Guy. Falz has become one of those celebrities that have remained consistent with their craft. Indeed Falz made a lot of social media buzz in 2018 most especially with his controversial song 'This Is Nigeria.' The song which is a remake of Danny Glover's 'This Is America' got so much attention

The attention the video brought was so loud that the National Broadcasting Commission had to ban the song. He even got threatened with lawsuits. In 2018, Falz won another movie award at the AMVCA. Still, on his movie career, he starred in a couple of major hit movies in 2018 including 'Merry Men' and 'Chief Daddy.

Falz kicked off a movement in 2018 called the Sweet Boys Association and we all know the response he got from that singular move. Another highlight of Falz' year in review was him chilling with Diddy in the United States, now that sent fans into a frenzy. 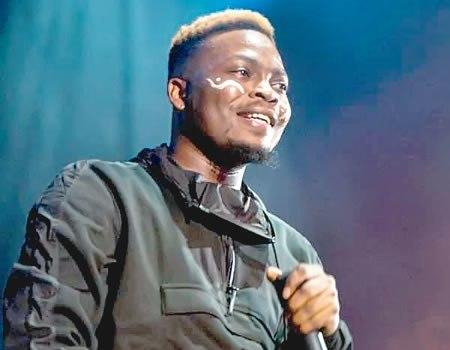 2018 in the world of celebrities won’t be complete without an Olamide who has remained not just relevant but continued to make the competition in the rap industry fierce. We mostly are used to the singer churning out hit songs and a dance move every year and let’s say 2018 wasn’t any different as we still haven’t gotten over his monstrous hit song ‘Motigbana.

Olamide started the year on a romantic note when he proposed to his longtime girlfriend and mother of his son, Adebukumi Aisha Suleiman. Even though they are yet to get married, this is one union we all can’t wait for. So also in March Olamide announced that the launch of his own TV station.

Still on making hit songs, in December Olamide dropped another song ‘Poverty Die’ which has become an anthem in the country. For 2018, Olamide has remained a force to reckon with even in the political circles. 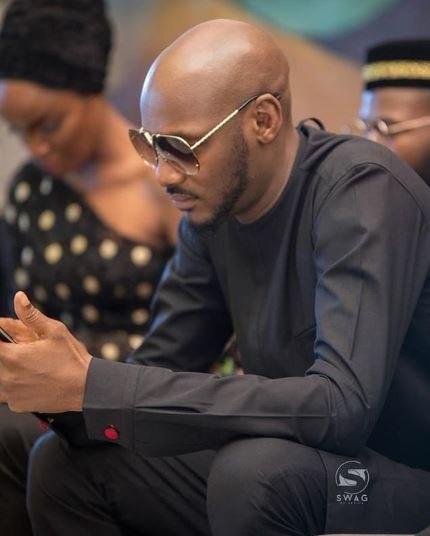 2Face Idibia has remained relevant in the game over the last two decades and he doesn't look like would be going away anytime soon. The music icon makes our 10 biggest celebrities list for 2018 for many reasons. Firstly, 2Face Idibia has probably one of the biggest songs of 2018 'Amaka.’

In 2018, the music icon was the center of attention at a number of music concerts held in the country. One of the major highlights of 2Face Idibia’s year was the famous Coke Cola advert with his family.

2Face Idibia got involved in helping victims involved in the herdsmen attack in Benue state this year. 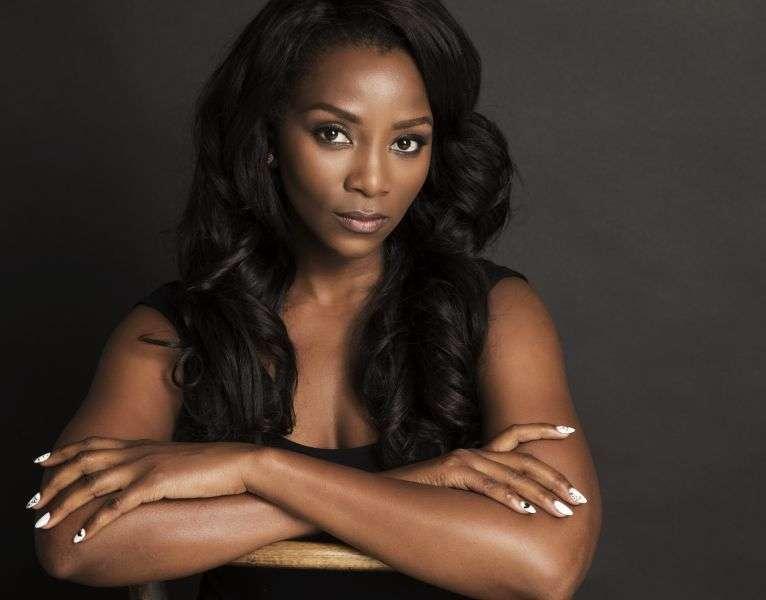 The fifth biggest celebrity in 2018 is the actress with so much class and style, Genevieve Nnaji.

Genevieve Nnaji released one of the most talked about movies in 2018, 'Lionheart,' the movie gave her a lot of international buzz. She was interviewed by CNN's Richard Quest on 'Quest Means Business' where she got to talk about the movie which was getting so much recognition. It didn't end there, the movie became the first Nollywood movie acquired by Netflix.

Genevieve also took her career to another level as she signed up with UTA, the same agency responsible for Hollywood greats like Angelina Jolie and Johnny Depp. We can't also forget the time she shut the internet with her 'Shaku Shaku' dance moves, great year indeed it has been for Genevieve. 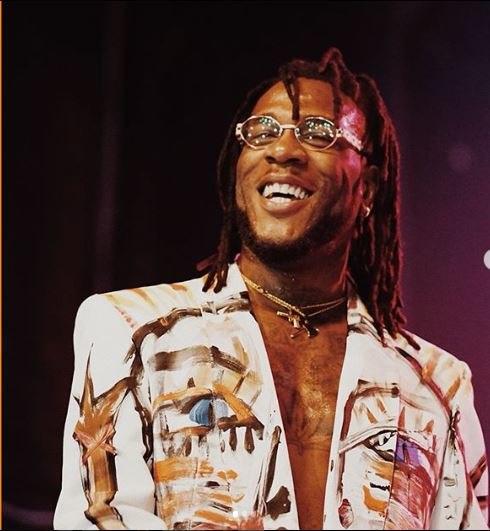 Burna Boy isn't only one of the biggest celebrities of 2018 but is the number four celeb on this list. One major achievement of Burna Boy in 2018 is his deal with Universal Records which obviously has been a career boost for him.

Burna Boy had a seven-city tour in the United Kingdom in 2018 which were all sold out. That was just the tip of the iceberg as the universe smiled on him when fans of Kanye West stumbled on his song 'Ye' while searching for the rapper's album which also had the same title. The streaming of his song took a steady rise to the surprise of the singer. Burna Boy in February 2018 released his album ‘Outside.’

2018 has indeed been the year for Burna Boy

Burna Boy joined the list of singers who won awards in 2018 for their hard work as he was among those who went home with a plaque at the Nigeria Entertainment Awards. Still on his single 'Ye,' it has become the most played song in Nigeria for 2018 and during the Independence Day celebration, some youths asked for it to be made the country's national anthem. 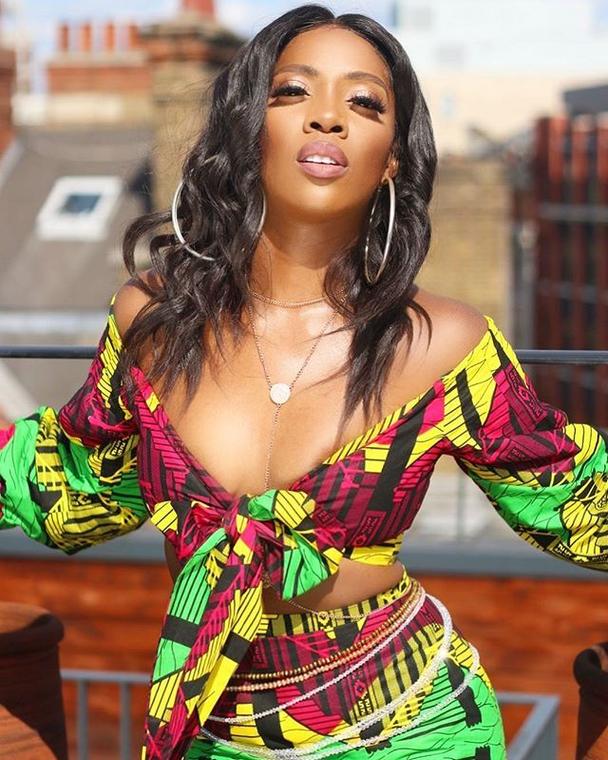 The comments served by critics doesn't seem to bother Tiwa Savage much. All she wants to do is serve them pepper stew.

Tiwa Savage is the third biggest celebrity for 2018. Kudos to 'Mummy Jam Jam' for her continuous and unrelenting efforts to remain on top of the game, year in, year out. 2018 was another year for the Mavin first lady to show to everyone why so much is said about her.

She had a number of hit songs in the year with 'Lova Lova' featuring Duncan Mighty being one of the biggest songs of the year. According to her, the song is actually the biggest song in her career. The awards didn't stop coming in 2018 for Tiwa Savage as she took home MTV Europe Music Awards for 'Best African Act.' She was also a winner at the Nigeria Entertainment Awards.

Tiwa Savage had a sold out concert at the Indigo O2 Arena in the United Kingdom in 2018, a feat only a few have been able to do. 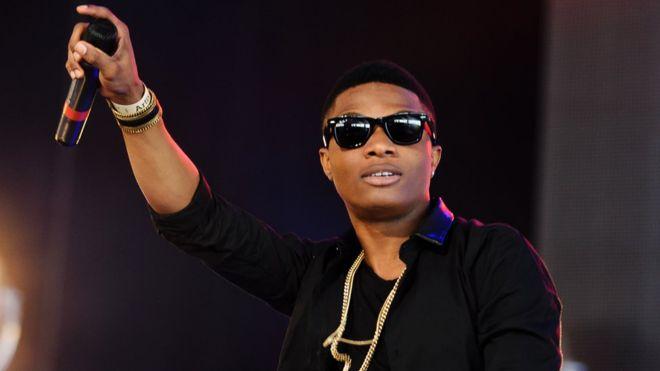 Wizkid's second position on the 10 biggest celebrities of 2018 comes with a lot of accomplishment. To sum up, all that he was able to achieve in 2018 was quite a herculean task. First, we can forget his hit single 'Soco' which is one of the most searched words on Google for 2018.

While we were all jamming to his hit single, the music star hit the runway with fashion icon and model, Naomi Campbell for Dolce and Gabbana and the Internet went into a frenzy. Still, on fashion, Wizkid's brand took another bold step as his Nike jersey was created and it was sold out immediately it got to the market. How can we forget his hit song ‘Fever’ where he featured Tiwa Savage on its video. That song had so much buzz, it trended on social media for days. In just a few hours after it’s release, it had over 1 million views!

Wizkid had a sold out concert at the Skyway Theater in Minnesota and guess what followed? They declared a 'Wizkid Day' in his honour for that historical move. The United Kingdom wasn't left out as he sold out a 20,000 O2 Arena for his concert in 2018. 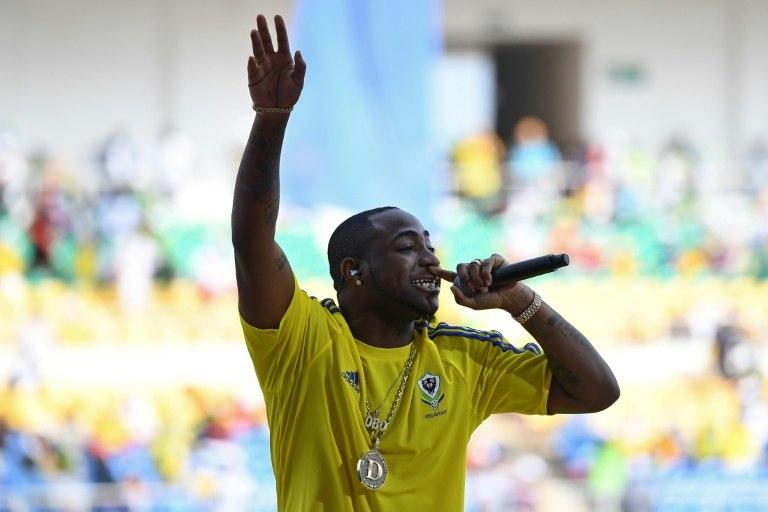 Ladies and gentlemen the biggest celebrity in Nigeria for the year 2018 is none other than Davido. Davido had the most exciting year as a celebrity. He was in the news for all the good reasons and fans couldn't stay off his social media pages. Just so we all know, in 2018, he became the most followed Nigerian celebrity on Instagram with over 8M followers as at the end of November.

Davido is becoming of huge political importance in the country

He stayed winning all you with tours all over the world from the United States where he had sold out concerts to some countries we actually got hear of for the first time because of him, like Suriname and Mayotte. Davido was unarguably the most hardworking celebrity in 2018. He won the BET awards for 'Best African Act' and was for the first time presented his award live on the awards night. He released a number of hit singles including 'Assurance,' 'Nwa Baby,' 'Aza' to mention a few

Davido purchased a private jet in 2018 with a number of expensive pieces of jewelry alongside. He also found love in 2018 and has never stopped for a second to show off his new girlfriend, Chioma Avril. Still, on awards, he joined a few other celebs as he was honoured by the United Nations as one of the 100 most influential people of African descent.

Davido while in the United States for his tour was a guest at the famous 'Breakfast Show' with Charlemagne Tha God and DJ Envy. We can't end this list without mentioning how he sent shocking waves when he decided to join other Nigerian graduates to take part in the mandatory one year NYSC programme.